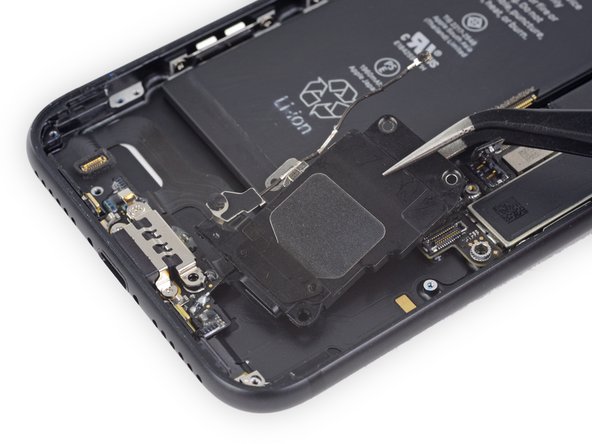 Follow the steps in this guide to replace the loudspeaker in an iPhone 7. This guide includes instructions for removing the speaker assembly, and peeling off the Wi-Fi diversity antenna which needs to be transferred to your new loudspeaker.

My right speaker is currently not working, and I think I will probably be doing his soon on my device. Thank you.

My iPhone 7 has static when calling and the person im calling cannot hear me. Can someone help me or tell me what is the problem? Is it the earpiece speaker or the speaker at the bottom of the iPhone? Please somebody. Thanks.

Hi. I’ve the same problem. Have you fix with changing?

I did all and now the iphone is not turning on

that’s really sad. would you may have damaged to any cell while disassembling? because there is no chance for not turning the phone on, if you did it properly.