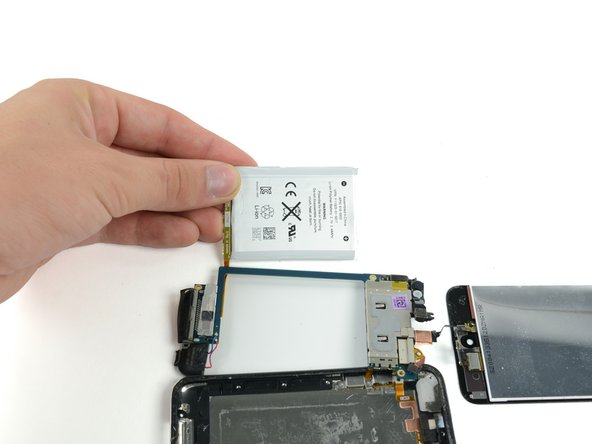 Use this guide to replace the battery. Warning: This guide requires soldering.

Where do i get the best quality battery?

Did it! Now screen is a bit funky when I press on the sides of the iPod. Although all seems good :)

I had a similar problem when pressing on the center button. Turns out it was too much solder on the battery connector. I had to disassemble again and used some solder wick to lower the solder blobs. I suspect that the back plate must not be completely flat for you.

I followed this guide to the letter but the new battery only has half a charge and will not take a charge when plugged in. Any thoughts?

To clarify, does the battery show as charging when plugged in? If so, will it go from no/low charge back up to half charge? If this is the case, I would contact whoever sold you the battery and ask for a replacement.