Beautiful and only a teensy bit wonky 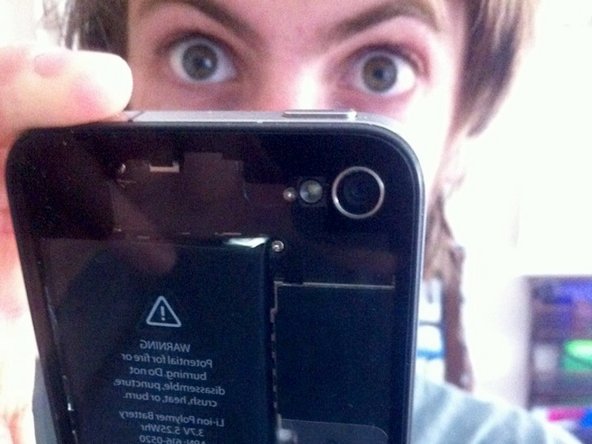 I wanted this clear back forever, but had no real reason to drop the money to buy it and the screwdriver needed. My camera lens finally got so scratched that I needed to do something and I finally had an excuse to buy this back.

Super easy, but the back did not slide down as far as it should to have the same margin on the metal frame as the original. The black plastic also has a slightly more matte feel compared to the Apple back. These things are probably negligible to someone who's not an OCD Apple designer type.

Overall the repair was easy, but it was hard to push the panel as far down as it needed to be without feeling like I was going to break it.

Blow dust out of your iPhone before putting on the new back for maximum sexiness. Also slide the panel down hard to get it close to as far as it should be down the case.