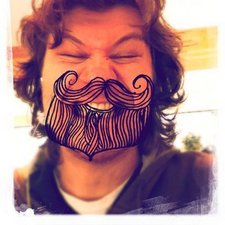 Computer freezes after it slightly warms up

When my MacBook Pro warms up (above 55°C) it will do random things. First it shows blinking colored lines (green and pink normally show up while watching a movie), then it will ether freeze or the screen goes black. (Once in a while I'll get a gray screen too.)

In my research I have found that turning up the fans will help keep my MBP from heating up which keeps it from freezing, but then I have to listen to the fans all the time. Any suggestions?

These macbook Pro's do tend to heat up pretty significantly when doing any processor intensive tasks. If you feel like taking your laptop apart, you could try making sure that the heatsink is screwed down all the way and that the thermal paste is applied properly. Check this guide out on applying the thermal paste:

This is kind of just a side thought, but also make sure both of your fans are working. and that the vent on the back of the machine is not being blocked by anything (including excessive dust).

both fans are working. yeah i should try the thermal paste thing. thanks.

It sounds like an issue with the bonding of the GPU to the logicboard to me, samianlife.

The primary problem with the NVidia 8600M GPUs in 2007/8 MBps is not that the chip itself actually fails, but that it generates temps that mess up its connection to the board as I understand it.

If this is your problem (and you have an MBP with the NVidia 8600 processor) then it should be covered by the Apple Extension repair Program ( see http://support.apple.com/kb/TS2377 ).

If it is not covered then it is usually either a matter of replacing the logicboard, or of finding someone to "reflow" the GPU connection (which is still expensive, but not as expensive as a logic board, requires specialist equipment and is hard to find someone capable of in many areas). Without repair the problem is likely to get progressively worse, I'm afraid.

Very good answer. + vote. To test this put the book in the freezer for an hour then see if it lasts a lot longer.

Turning up the fans is a solution, if you can adjust the fans you could get a temperature sensor widget or application. That way you could manually spin the fans when necessary.

I recommend iStat Pro, it's a widget that harnesses all your technical information including all your machine's temperature sensors

yeah thats what i have been doing. i have istat menus and for the fans i use fan control. but i was hoping for a solution for my problem (not just a way to postpone the freezing, because even with the fans on "high" i cant play games or do any itensive video editing or anything like that) or if anyone could tell me why it is doing what it is doing.

I see, is it just the sensors you are relying on? Have a feel to see if the bottom of the laptop is hot, if it isn't your temperature sensors are giving inaccurate readings. If it is hot on the bottom, it could be anything from restoring the OS to replacing the logic board.

it is warm. (at 44°C / 113°F) should that be hot already? if it is giving an inaccurate reading how can i find out? all the temperatures say anywhere form 30°C to 45°C. i know that restoring the os doesnt do anything i have tried that with osx.5 and now i have osx.6 on there neither fixed the problem. i hope it is not the logic board. (cant afford a logic board)