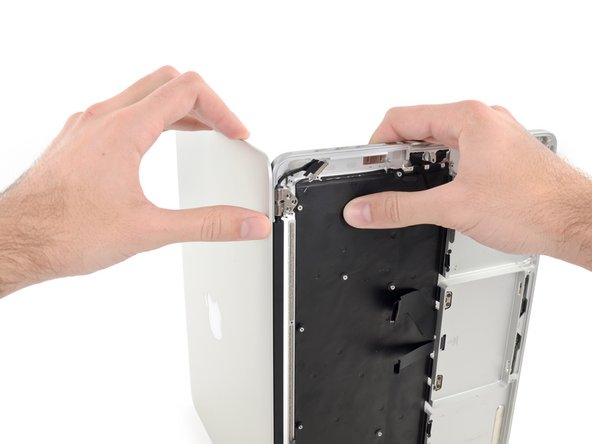 Use this guide to replace the upper case. This procedure involves using adhesive remover to remove the battery. Do not reuse the battery after it has been removed, as doing so is a potential safety hazard. Replace it with a new battery.

This is fantastic. I had no difficulty taking my machine apart. I would suggest, however, that we also start doing reassembly guides. I'm pretty good at taking things apart. Putting them back together is a different matter entirely. I'd do one myself if I were able. Many thanks ! Sara

I’m just finished this guide/procedure for the very first time. I didn’t remove the heat sink (step 55 to 57) with a lot of patience and with extreme caution, I remove the logic board with the heat sink attached on a single part, very carefully with the fan and the I/O board, so, it’s possible but not recommend, before this steps remove the MagSafe board first, the full procedure took 3 hours.

thank for this amazing guide!