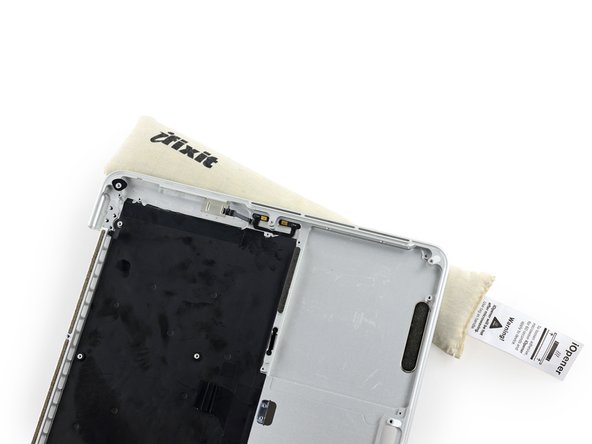 Use this guide to replace the upper case, which includes the keyboard. This procedure involves using adhesive remover to remove the battery. Do not reuse the battery after it has been removed, as doing so is a potential safety hazard. Replace it with a new battery.

hey there! steps seem very useful, really hope that this will work. but what am i going to do after the replacement? now i “only“ know how to get to the upper case. is there any instruction for putting the mac book back together after replacing the upper case? would be thankful for that advice!

I have just done this repair now and it all went great with the help of this article. I purchased a second hand top case which had a battery, trackpad, keyboard, speakers and microphones still in tact and in good condition. This allows you to skip nearly 50% of the steps in this tutorial. Highly recommended to try and find something similar yourself. Slow and steady is definitely the way to do this repair and if you do that and use the right tools you will find the repair to be easy and painless. Best of luck to all.

Took a tad over 2 hours to do, including the screen. Have to remember to reset the SMC controller (Once repaired press Control, option, power button for 10 sec after shut down. Then hit power button again). I watched the cpu temp with Fanny to make sure the new thermal paste was applied correctly and used rubbing alcohol to do the cleaning.

Kudos on a great guide. Did what Mr. Davies did, saves a lot of heartache. Battery removals are not enjoyable one bit. Looked for a top case sub $60 with a low battery cycle count (250 and below),

Managed to get this done in about 2.5 hours, but I was able to skip some steps. Goal was replacing upper case assembly to get a working keyboard. I managed to replace the logic board without removing the heatsink, which was the only step I really wanted to avoid due to manual application of thermal paste as opposed to the dot method. I also managed to find an upper case replacement with only about 100 cycles on it and a working trackpad, so not having to replace the batteries or trackpad saved time and effort as well. Need to check temps just in case— and still need to test the I/O ports to be sure. But overall, great guide- very comprehensive. Just use the sections you need. FYI - if you’re planning on replacing the keyboard for this machine, plan on replacing the whole Upper Case Assembly. My understanding from others giving advice are that keys are riveted on and very difficult to replace. You’re better off swapping out the whole upper case.