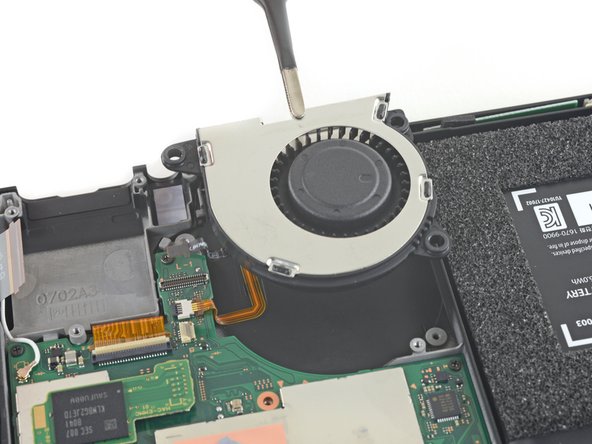 Follow this guide to replace a broken or faulty fan in the Nintendo Switch game console.

The Switch uses JIS screws, but you can use a Phillips screwdriver in a pinch. Be very careful not to strip the screws. iFixit's Phillips bits are designed to be cross-compatible with JIS-style screws.

Note: When you remove the shield plate, you’ll need to replace the thermal compound between the plate and the heatsink. Since normal thermal paste isn’t designed to bridge large gaps, the closest replacement is K5 Pro viscous thermal paste.

If your joycons are not charging, it could be the fans fault as they seem to share a 1.8v and or 5v rail, I had both joycons refusing to charge, and the fan was not working, so by replacing the fan, it had them charging properly again.

oh? i was wondering why my joycons died and never turned on. i though the hot switch short circuited them. the same thing happened to mine. The fan died as well as my joycons. very useful mate. thanks for the info!

I changed the fan and it still don’t charge my Joycon. What should I do?

I’ve recently found a video that shows what can be wrong with Switch with the same issue, but working fan https://www.youtube.com/watch?v=WuQC3ipu... . In the comments people confirmed several times that it helps.

If I'm just replacing the fan, do I need to clean off/reapply any thermal paste?