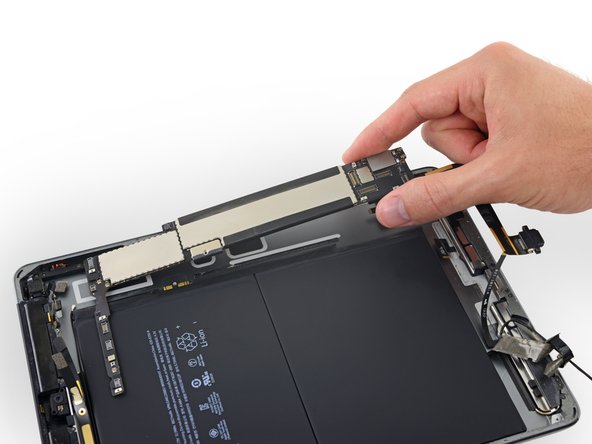 Follow the steps in this guide to replace the logic board in an iPad Air LTE. Note that replacing the logic board will result in losing all your data, as well as Touch ID functionality.

Warning: the battery isolation method in this guide is outdated, and may result in irreversible damage to the battery pins of the logic board, effectively destroying it. If you choose to isolate the battery this way, heed all warnings and work extremely carefully. If you choose to complete the guide without isolating the battery, avoid using metal tools except only when completely necessary (like when removing screws) to prevent shorting the battery and damaging sensitive circuit components.

Hey Evan just wanted to pass along a quick thank you! You rock man!