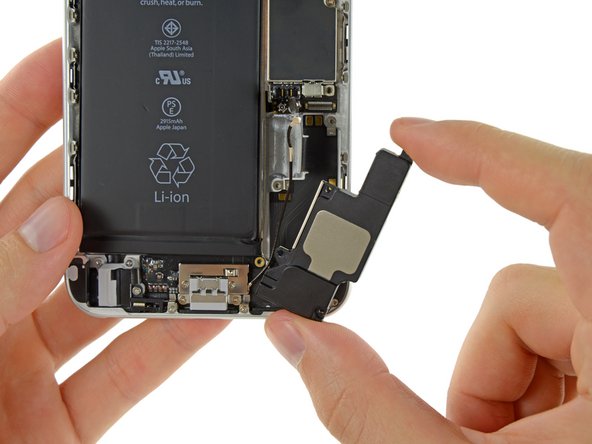 Use this guide to replace the speaker.

Hi there where can I buy that small plastic blue tool you have shown to be using in the pictures above?

All the tools used in this guide are linked in the Tools section at the top. The one you're looking for can be purchased here—it has been redesigned since this guide was written, so it looks slightly different from what you see in these photos.

Changed out one of these today but the sound did not improve at all and it still sounds awful. Is there some kind of membrane between the speaker and the bottom of the phone where the holes are? Since the speaker is brand new it has to be something else making this distorted sound.

The loudspeaker is with distortion, and even changing it, it does not improve. Any hint what may be the problem? I got 1 iphone 6 and one 6+ with the same problem.

Hi, why is it necessary to remove the screen completely ?