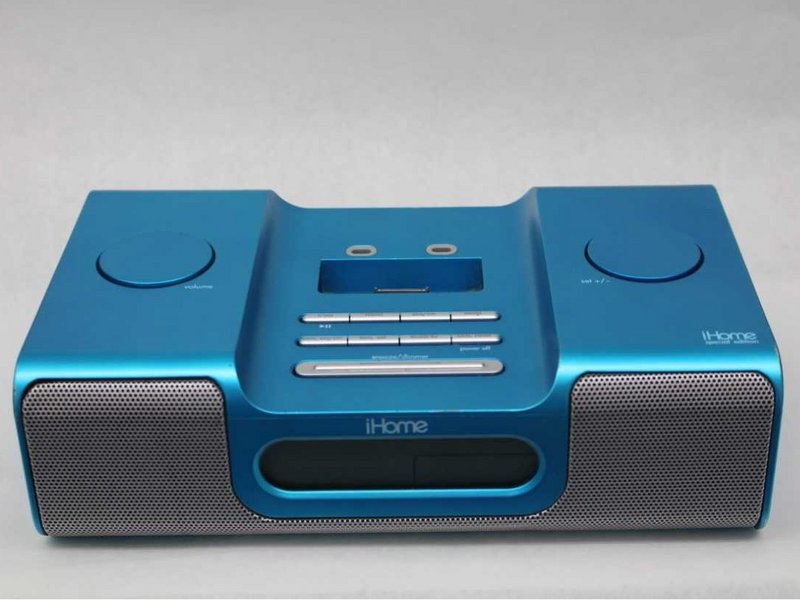 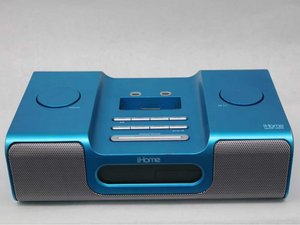 iHome iH3L is a radio/ alarm clock that features an original iPod dock, produced by SDI technologies. This particular product is a special edition in a limited color of metallic blue.

Device will not turn on

iHome does not power on.

Power Adapter may be Unplugged

Check the rear of the iHome to see if the (DC 15V 1100mA) input for the power adapter is fully connected. If the adapter is not connected, fully remove the adapter and replace it into the input.

Batteries May Need to be Replaced

To check if the adapter has gone bad. Remove the backup batteries and plug the adapter back into the device. If it does not turn on, replace the power adapter.

Device will Not Play Music

When the device is on, music will not play.

The Volume could be Turned Down

The volume may be turned down on either iPod or the iHome. Try turning the volume button up on both the iPod and the iHome.

If the iPod will not connect, disconnect and then reconnect the iPod back to the dock. If the iPod fails to reconnect then look at the subheading labeled [iPod Will Not Connect When Docked]

Speaker Could be Busted

If the iPod is connected and sound will not come out of the speaker than the speaker might be busted. You will need to replace the speakers in the iHome and then reconnect the iPod.

Device Does Not Respond to Buttons or Scroll Wheels

When using the “Volume”, or “Set +/-“ wheel and they do not respond, you may need to replace them using the [Scroll Wheel Repair Guide].

When using the iHome buttons and they do not respond, they could have a connection issue. You may have to replace the buttons on the device using the [Button Repair Guide].

iPod Will Not Connect When Docked

The iPod fits onto the adapter but it does not connect to the iHome.

iPod is messed up

If the iPod fails to connect, then try to connect a known working iPod to the Dock. The problem may be with the current iPod and not the iHome. If the known iPod works, replace it with your old one.

The Adapter May be Broken

If the iHome has been dropped or you have dropped something on the iHome, the adapter could be broken and will need to be replaced using the [Adapter Repair Guide].

When switched to the radio setting, the sound is mostly static or fails to make noise.

The Antenna Could be in Bad Reception

If the device is overly muffled, consider moving your device over towards a window, or make sure your antenna is fully stretched out as this can improve your signal quality.

Antenna Could be Broken

The antenna could be disconnected from your device or the wire damaged, if this is the case, you may need to replace the wire or resolder it to its board.