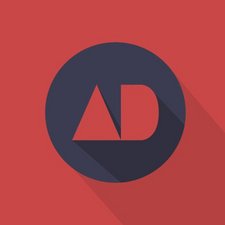 MacBook Pro 13 early 2015 not charging even after replacing battery

My Macbook Pro stopped charging and I could only turn it on while plugged in, so I opened it and discovered the battery had swollen. But even after replacing it it's still not charging, and even though the battery indicator now says it's at 56%, as soon as I unplug it the laptop dies. The MagSafe light is Amber color so I guess it is receiving power but the laptop won't charge. I also tried SMC and PRAM resets several times to no avail.

Anyone knows what could be the issue here?

Calibrating the new battery following this guide How To Calibrate a Mac Laptop's Power System. It suggests if the laptop doesn't start up without the power adapter connected I should verify that again, but I'm 100% sure it's correctly installed.

Finally, this is what I get from CoconutBattery: 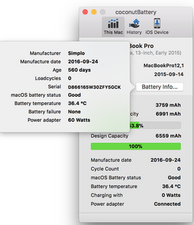 First you may need a new MagSafe power adapter. Check this Apple T/N to make sure you have the correct one and the things you need to check: Apple Portables: Troubleshooting MagSafe adapters Make sure the cable & connectors are in good shape. Any damage you should replace the adapter.

Next did you calibrate your battery? Here's a good write up: How To Calibrate a Mac Laptop's Power System

Lastly, you should download this gem of an app! CoconutBattery If you are still having issues lets get a screenshot of the main window and post it here for us to see. Adding images to an existing question

At this point your logic board will need repairs there are a few possibilities on what will need to be replaced there is a MOSFET that might be bad or the voltage comparator logic is damaged.

That's what I feared. But why did that happen? I mean, did the battery getting swollen damaged the other parts? Or what was it that started the problem?

There no real way to know what was the root issue here. The charger could have been defective or the MagSafe connection shorted somehow. The logic board damage could have caused the battery to over charge or the battery shorted out causing it to swell and damage the logic.

Bottomline your logic board needs repairs at this point.

Thank you for your help.

Are there any risks (for the laptop or myself, lol) if I keep using it plugged in at all times but with the new battery?

I would recommend you disconnect the battery for now and just use the MagSafe. You don't want to mess up your new battery! Better yet get your system serviced ASAP.

With mine, I installed the battery and charged to 100%, I thought. I only used the MagSafe light turning from amber to green to indicate that it was at 100%. This only took a couple of hours. I allowed it to stay on the charger for two more hours. Then, I booted it up and started using it. It took about 4 hours to fully discharge. I let it sit overnight before reconnecting the MagSafe. I thought it was charging but apparently not. It says it has 0 cycles, 0 mA*hrs and no information on the battery.

I thought I had my battery status in the menu bar, but when I check that box, it immediately unchecks itself.

There is a YouTube video that says this can be caused by two restores on the logic board. Unsoldering those and replacing them fixed the video example. I have not risked trying my soldering skill on this yet.

Did you or anyone ever get an issue like this sorted out?

I have a seemingly good battery (according to coconutBattery) of the same Simplo brand that won’t charge.

What I find so odd is that changing back to the swollen original Apple battery the machine will charge and run just fine of the battery, only problem is that it’s so big and swollen now that it’s nearly twice it’s intended thickness.

This makes me suspect a faulty battery even if coconutBattery indicates it being good, perhaps an issue with the battery brand???

Did you follow the answer I provided? Can you post a snapshot of CoconutBattery here for us to see.

The fact your battery is reporting within CoconutBattery is a good sign!

The fact the battery is a Simplo brand is not very informative! The problem is some 3rd party battery makers basically copied the micro-controller firmware from a good battery (i.e. Simplo) so you can't depend on the name as being the real Simplo battery!

You can thank Apple for not offering batteries and parts to 3rd parties! Support the Right to Repair!

Just look at how you can go to a local car dealer and buy the original parts from them! Can you do that at an Apple Store or authorized Service Center?