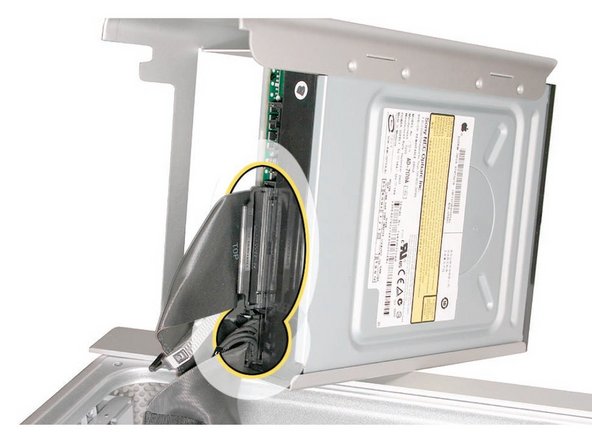 Installation of the optical drive is straightforward but does contain some difficult procedures. We highly recommend you thoroughly read this manual before beginning the installation to avoid any surprises along the way.

Just did this with my 2007 Mac Pro and the steps are the same.

I used straight SATA cables (since I had two lying around), which get bent a bit by the fan assembly. It should work ok if you're real careful with the assembly steps, but if you have a choice, get a SATA cable with an L-shaped end as shown in the guide.

Many thanks Joshua. I have also found a UK company able to supply a Blu-Ray player with instructions for installation.