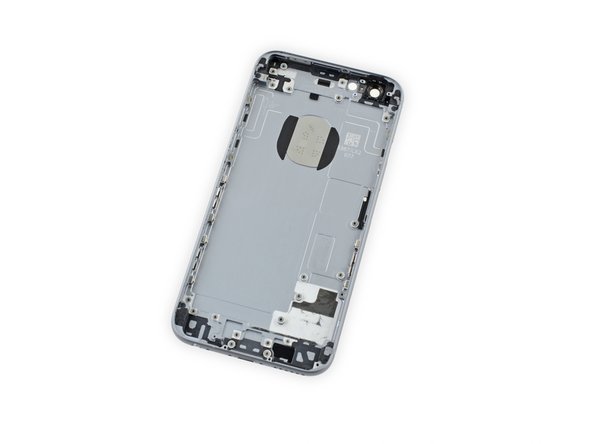 I can't get the phillips 000 screw out on step 52, now it's become too hollow within to open. What do I do?

Stripped screws are the worst! We have a guide on how to remove stripped screws that you may find helpful. Remember to maintain lots of pressure on the screw and stop applying force and try a different method if the bit is still slipping.

Every thing works fine except I have no sound, either on speakerphone or normally. Did I break the upper component cable? I've checked all the plug connections and they seem ok.

I have no sound at all from the normal speaker or in speakerphone mode. I have good cellular and Wi-Fi connections and the phone sees to work perfectly otherwise. The battery charges fine through the Lightning connector. Can't use it as a phone though! Did I break the upper component cable in the disassembly? Any other ideas?

Before I start.. many steps involve pulling flex cables away from adhesive films lining the case. If my replacement back has no such adhesive films, or they are no longer sticky, what's the impact? Will I have a phone that buzzes and resonates when on speakerphone?