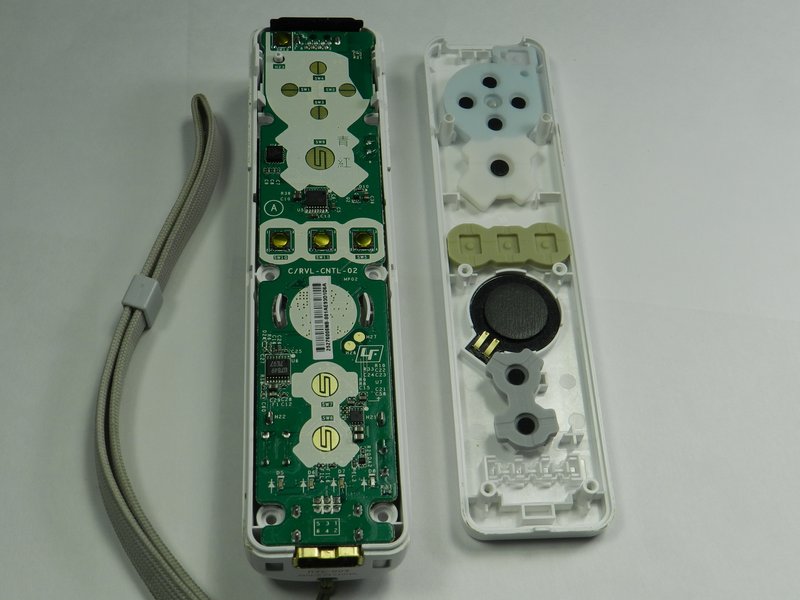 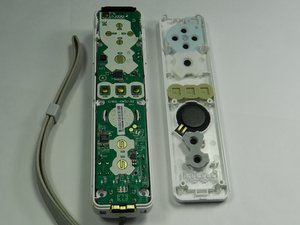 Troubleshooting information for the Nintendo Wii Remote, a gaming controller for the original Nintendo Wii console.

No matter what you do, you can't get your remote to turn on.

We all have those days where we look over the little things. Double check to make sure you have charged batteries in the Wii Remote. If not, it could be as simple as replacing the two AA batteries or recharging your rechargeable batteries. Learn how to remove the Wii Remote batteries here.

Not a Good Battery Connection

If that doesn't resolve the problems, make sure that the batteries are oriented correctly and making a good connection with the spring loaded battery contacts. Check for corrosion on the contacts and try to brush it off.

Bad Connection in the Power Button

You press a button and it will not come back up.

Do you ever find yourself craving a snack while playing on your Wii and you forget to wash your hands? Food and sugary liquids can easily get underneath buttons and cause them to stick or stop working. Your buttons may just need a good cleaning. To clean the buttons, you will need a NEW toothbrush, some warm water and a little soap. Remove the batteries from your remote before cleaning your buttons. Slightly dampen the toothbrush with warm soapy water and brush around the sticky buttons. Dry off with a paper towel.

If the problem persists, you might have to install new buttons. Follow this guide for replacing the main buttons on the front of your remote. Use the B Trigger guide, to learn how to install a new B trigger button.

The Cursor Isn't Where it's Supposed to Be

As you point your remote at the screen, the cursor just isn't where you are aiming.

Often times, a Wii Remote will not be calibrated correctly causing the misaimed cursor. To re-calibrate the remote, place it on a table button side down for 10 seconds. Make sure the Wii Remote is orientated parallel with your TV screen. After 10 seconds, point the Wii Remote back at the TV. If this doesn't work, go into the Wii settings at the home screen and make sure that the location of your sensor bar is correct, either below or above your TV.

A Light too Close to the Sensor Bar

The Wii sensor bar uses a heat signal from the Wii Remote to sense where exactly you are pointing. Make sure that there aren't any lamps placed too close to the sensor bar because the mixed heat signals will cause the sporadic cursor. Also, make sure there are not any infrared lamps in the same room as your Wii for this will also affect the sensor bar.

If the problem still persists, it is probably a malfunctioning sensor screen on your Wii Remote. To install a new screen see our Installation Guide.

No Sound from the Wii Remote

If you know there is supposed to be sound coming out and there isn't.

The speaker makes two connections onto the motherboard and it is possible that dirt or dust could disrupt the signal to the speaker. To reach the speaker, you must first take off the cover plate. Once inside the device, locate the two gold circular speaker contacts and lightly brush them with a new, dry toothbrush.

You smash a serve in Wii Tennis and your remote does not swoosh. This indicates that there is a problem with the internal speakers of your Wii Remote. This is usually caused by dirt and dust getting into the remote. To replace speakers, see our nifty guide for installing a new speaker.

You just got hit by a red shell in Mario Kart Wii and your remote didn't rumble.

The rumble in your Wii Remote is made by a 'rumble box' which is a motor with a weight on it. This occasionally is faulty, causing your remote to not rumble. Yet, to replace and install a new rumble box will require a great deal of soldering skill and specialized tools. Rather, installing a new motherboard will fix your rumble box and other unforeseen problems with your Wii Remote.

my wii remote is not working right... I put new batteries in them all but they are not working still what do i need to do to fix it

My remote isn't connecting how does I fix it

My Wii isn't displaying on the screen it is turning on but my TV screen is blue. Can you help me??

Sounds to me like you don't have your TV on the right input or it's not hooked up properly. Not an expert but been working with these things about 15 years