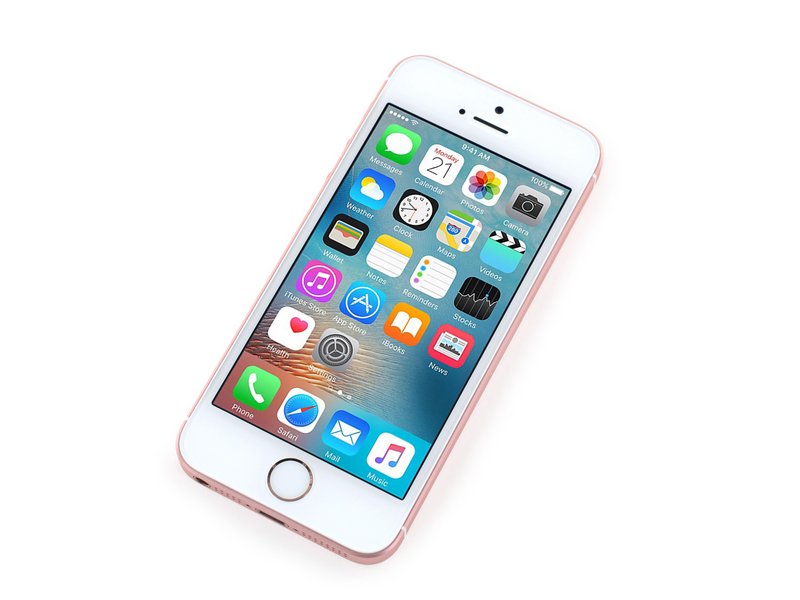 How to fix iTunes error -1 in an iPhone SE

How to force the restart of an iPhone SE

How to repair Touch ID in an iPhone SE

How to resolve not powering up or not charging iPhone SE

How to straighten the frame in an iPhone SE

The iPhone SE (1st Generation), released on March 31, 2016, is Apple's successor to the iPhone 5S as a low-cost alternative to their flagship iPhone 6S/6S Plus lineup. Like the iPhone 5S, the SE features a 4-inch, 1130-by-640 Retina display and TouchID sensor in the exact same form factor. Internally, the SE has the same A9 processor and 12-megapixel iSight camera as the 6S/6S Plus, but lacks a 3D touch display. Storage options include 16 or 64 GB flash memory, but later on in 2017, iPhone SE phones would come equip with 32 or 128 GB flash memory and color options include Silver, Space Grey, Gold, and Rose Gold. This iPhone SE is distinguished from the 5S by the SE label printed on the rear case, as well as its matte chamfered edges, and the model number: A1662 or A1723 printed on the rear case.